Chief contribution is the discovery of plant derived Nutraceuticals.

Dr. Augusti (earned MSc degree in Organic Chemistry with a special paper in Biochemistry and in 1st class, 1959, University of Rajasthan) an alumnus of Birla Science College Pilani in Rajasthan, earned the degree of PhD (1963) from the same university for his research on “Orally effective hypoglycemic principles from Plant sources”. Dr Augusti, later taught Chemistry in Birla Engineering College, Pilani for a year.

Publications of Ph.D research are given under references 1-3. Afterwards, he joined as chemistry lecturer in St. Joseph College, Devagiri Calicut and continued there for an year.

Subsequently, (on 21st February 1966) Dr. Augusti joined the University of Kerala as lecturer in Biochemistry. There he published six papers with Dr. P.A. Kurup the HOD and his Ph.D students P. Seethanathan and P. Vijaya Gopalan on diabetes and myocardial enzymes in rats on a hypercholesterolemic diet for 6 months. The results; Hypercholesterolemic diet adversely affected the rats myocardial lipoprotein lipase, increased hepatic NAD and NADP levels and decreased serum insulin activity4.

Dr. Augusti studied the mechanism of action of hypoglycemic principles from plants such as onion, garlic, Ficus bengalensis and Ficus relegiosa and coccinia indica roots and published their ameliorating effects on diabetic conditions. The onion and garlic oils and their precursors, viz. allium cysteine sulfoxides and Ficus leucocyanidines, and  are good insulin secretagogues and antidiabetics, reported Dr Augusti and his team of PhD students. The active principles controlled hyperglycemia hyperlipidemia and lipid peroxidations5. They come under the class of Nutraceuticals, i.e. nutritionally important medicines.

During 1974-75, on the award of postdoctoral Fellowship by the Commonwealth Council, Dr Augusti joined the University of New Castle upon Tyne, to work under the guidance of Dr. H.A. Dewar with the assistance of Dr. M.E Benaim in Royal Victoria Infirmary. During the tenure of this fellowship, Dr Augusti published a paper on the identification of the fibrinolytic activators in onion oil6. The active principles were found to be dialkyl and polysulfides of onion. The oil also worked as a good hypoglycemic substance and an insulin stimulator on Pancreas7.

Dr Augusti continued his research on the benefits of leucocyanidin, pelargonidin and onion and garlic cysteine sulfoxides and allium oils to alloxan diabetic rats8-11and published the results. Dr. Augusti also collaborated with Dr. Kurup on the mechanism of action of oral antidiabetic drugs such as tolbutamide and phenformin as compared to effects of insulin and garlic oil and published several papers.12-13

Later along with P.T. Mathew he worked with respect to the action of allicin in diabetic rabbits14. Dr. Augusti further studied on the mechanism of action of garlic, onion and cabbage oils with respect to their ameliorative effects in alcohol fed rats or alloxan diabetic rats as the case may be. The work was conducted in the University of Maiduguri in Nigeria and the results were published15. The above three oils contain sulfoxides and their biological actions were described extensively by Dr. Augusti16.

In another experiment on garlic feeding (10g/day) for two months lowered blood cholesterol of patients.17(b)Accumulation of fat in the body could be prevented if garlic or its oil is included in the diet as per an experiment conducted in rats.18a. Therapeutic values of onion and garlic are reviewed by Dr. Augustin18b.

Onion Oil could prevent nicotine induced damages in the body viz. lipid peroxidation in the tissues of experimental animals19. Therefore smokers are advised to use garlic and onion in diet to protect their organs*. C.R. Rajasree  another Ph.D student of found that water soluble garlic protein is a protective agent to prevent hyperlipidemia induced in alcoholics. This is due to the capacity of garlic protein to mobilize lipids in the body and increase cholesterol metabolism via formation of bile acids and neutral sterols20a.

Kumudkumari compared the antioxidant action of S. Methyl cysteine, sulfoxide, the precursor of onion oil with that of insulin and glibenclamide  in alloxan diabetic rats and found that the former is far better an agent to prevent lipid peroxidation than the standard drugs 20b. * smokers are advised to stop that habit.

A team of workers like Dr. Helen, Krishna Kumar  & Vijayammal along with Dr. Augustin investigated on the antioxidant compacity of S-allyl cysteine sufoxide (SACS) isolated from garlic as compared to Vitamin E with respect to its combating power on lipid peroxidation effects of nicotine administration in rats for a period of 21 days. Proper doses of SACS and Vit. E (100mg/kg/day) and nicotine  (0.06mg/kg/1day) were used. Normal, Nicotine alone, nicotine + SACS, Nicotine + Vitamin E group of rats were maintained for 21 days experiment. Treated groups showed decreased concentrations of lipid peroxidation products in their liver, lungs and heart as compared to untreated groups21. The results confirmed the antioxidant effects of SACS and its effects are comparable to Vitamin E very closely.

A team of four people Viz. M.P. Bindu, K.S. Sreekanth, P.T. Annamala and myself did some studies on three groups of albino rats. 1st group was maintained on normal diet. Second group was given the same diet and fed 18% alcohol (4g alcohol/ kg/day) and 3rd group was maintained as group 2 and in addition SACS was orally fed to them at a dose of 500 mg/kg/day. All the groups were maintained as mentioned for 50 days and at the end of 50 days each group was decapitated and their blood and tissues were collected for various biochemical analyses. From the data it was found that long term feeding of alcohol increased serum lipids very significantly in rats. However it was significantly counteracted by the feeding of SACS. It was also observed that lipid peroxidation was also increased on alcohol administration and it was counteracted by SACS administration significantly. The results are published in Current science22.

In yet another experiment Augusti and Sharlet George with six students studied the beneficial effects of 5% each of garlic, onions and amla (goose berries) on the hyperlipidemia induced by butter fat and beef fat in albino rats. Butter fat induced a higher level of serum lipids than that with beef fat. The order of counteracting the hyperlipidemia was in the order as follows for the dietary addition of garlic  > amla > onion. The results were published23a. The mechanism of action of allium and amla principles are due to their content of antioxidants which scavenge free radicals produced from alcohol and fat metabolism.  Another area in which Dr. Augusti and team embarked on for their work was on the damages induced by chlorinated organic compounds. Such compounds are toxic to animals for eg. Carbon tetrachloride (CCl4). We tried to find out the effects of nutraceuticals against such damages by toxins.

The team included Anuradha, Prabha, Smitha, Sudheesh and Dr. M.C. Joseph who fed CCl4 to one group of rats every 72 hours interval (3.2g/kg/72 hrs). To four other groups along with this toxic compound, garlic oil, non polarfraction of garlic oil (NPFGO), leueopelargonin derivative (or Vitmain E) at a dose of 100mg/kg dissolved in 0.2ml ground nut oil was administered i.p. daily with respect to the first three groups and in the case of the Vitamin E group its dose was halved. After one month these rats along with a group of normal rats were killed and their serum, heart and liver tissues were analysed for various biochemical parameters and the histopathology of the liver was examined. The rise in total cholesterol, TGs, LDC and FFA, in serum and tissues, were significantly counteracted with each of the drugs in a comparable way to vitamin E. Along with these changes antioxidant enzymes, catalase and glutathione reductase were reduced and HMG COA reductase and lipogenic enzymes were increased very significantly in the CCl4 treated groups and in all drug treated groups such changes were significantly counteracted as compared to the action of Vitamin E. Histopathological examination of liver showed that the treatment prevented the damages by CCl4. These effects were in the order of leucopalargonin > NPFGO> G.O>Vit.E and the results were published23b. In another experiment the hypercholesteremia produced by cholesterol rich diet was counteracted by incorporating 5% garlic in the diets of experimental group of rats23c. In a different experiment our team including Juli and Sinu et al showed the hypocholesteremic effect of polar fraction of garlic oil (PFGO) in rats fed with diets containing seasam oil or coconut oil in rats23d.

Experimentally induced myocardial infarction produced in rats by administration of isoproterenol (100mg/kg.S.C) for a single day altered the serum and cardiac lipids, lipid peroxidation and certain marker enzymes in them. Rats pretreated with garlic oil or vitamin E before administration of ISP protected them to a great extent from such alterations as observed in the unprotected group. This protection showed by garlic oil and vitamin E are due to their antioxidant action. The results are published by Dr. Augusti and his Ph.D student K. Suneesh in 2013 24a. Similar effects were also shown by the antioxidants isolated from pomegranate fruits viz., flavanoids in ISP injected rats according to Suneesh in his unpublished work.

In another study conducted by Dr. Augusti, G.R. Sajitha and Dr. Regi Jose in rats we found that polar fractions of garlic and onion oils as well as Vitamin E can protect the animals from the deleterious effects of drinking lead acetate contaminated   water for a month or so. Both the contaminated water (lead acetate 10mg/kg/day) and the PFG, PFO or vitamin E were given simultaneously to the rats daily for a month. Their effects are in the order of PFG>PFO> Vitamin E25.     Shri P.Faizal carried out a research on the effects of various fruits on a number of cancer patients of Malabar Cancer Centre Thalassery with the help of Dr. B . Satheeshan, the Director of the above hospital. In cancer patients certain blood markers such as the enzymes catalase, glutathione peroxidase and reductase, and superoxide dismutase are found to be significantly lowered. On feeding different types of cancer patients by various fruits such as pomegranate, apple, grapes and orange at a dose of 100mg/kg/day and Vitamin C 250mg/day for a period of 90 days the blood levels of these enzymes were found to be significantly improved. Besides these improvements,  tumour markers such as CA. 15-3, CA.19-9, CEA, AFP and CA 125 were reduced significantly. The results are comparable to that observed with vitamin C. The work was submitted as a Ph.D thesis to Kannur University in 2015. Result is awaited. Dr. Augusti was invited to USA in 2000 and to Beijing in 2004 to give key note addresses on allium oils with respect to their medicinal properties.  Dr. Augusti has more than 150 research publications in recognized journals. Some are quoted below. He has guided 15 Ph.D students so far in Kerala and Kannur Universities.

Kerala government led by Communist Party of India ( Marxist) is planning to introduce and implement the ‘Kerala State Private University Bill’ to allow Private Universities in Kerala. Capitalism under the Red Banner:. Retweeted by दीपक

Kerala government led by Communist Party of India ( Marxist) is planning to introduce and implement the ‘Kerala State Private University Bill’ to allow Private Universities in Kerala. Capitalism under the Red Banner:. Retweeted by le Z 🧀2-1

Kerala government led by Communist Party of India ( Marxist) is planning to introduce and implement the ‘Kerala State Private University Bill’ to allow Private Universities in Kerala. Capitalism under the Red Banner:. Retweeted by Julahaut Tison 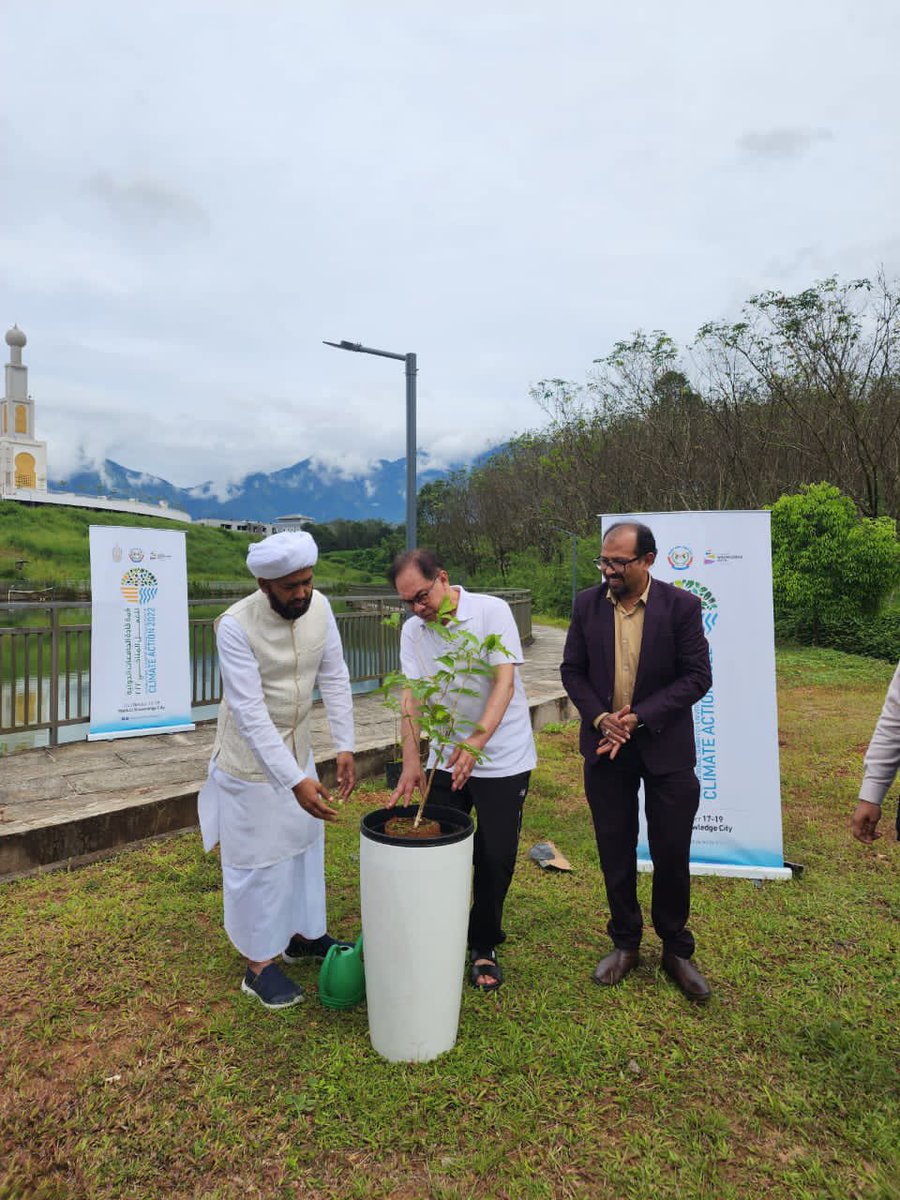 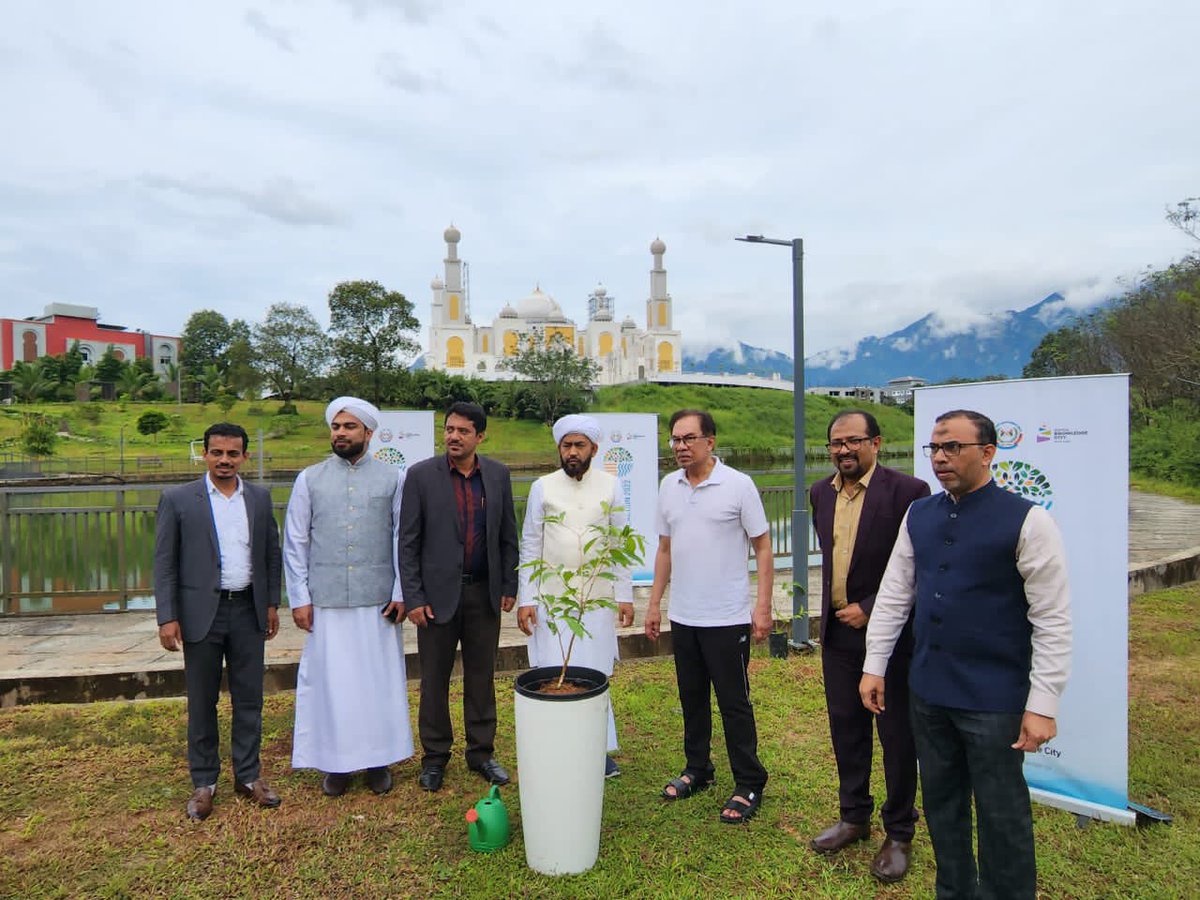 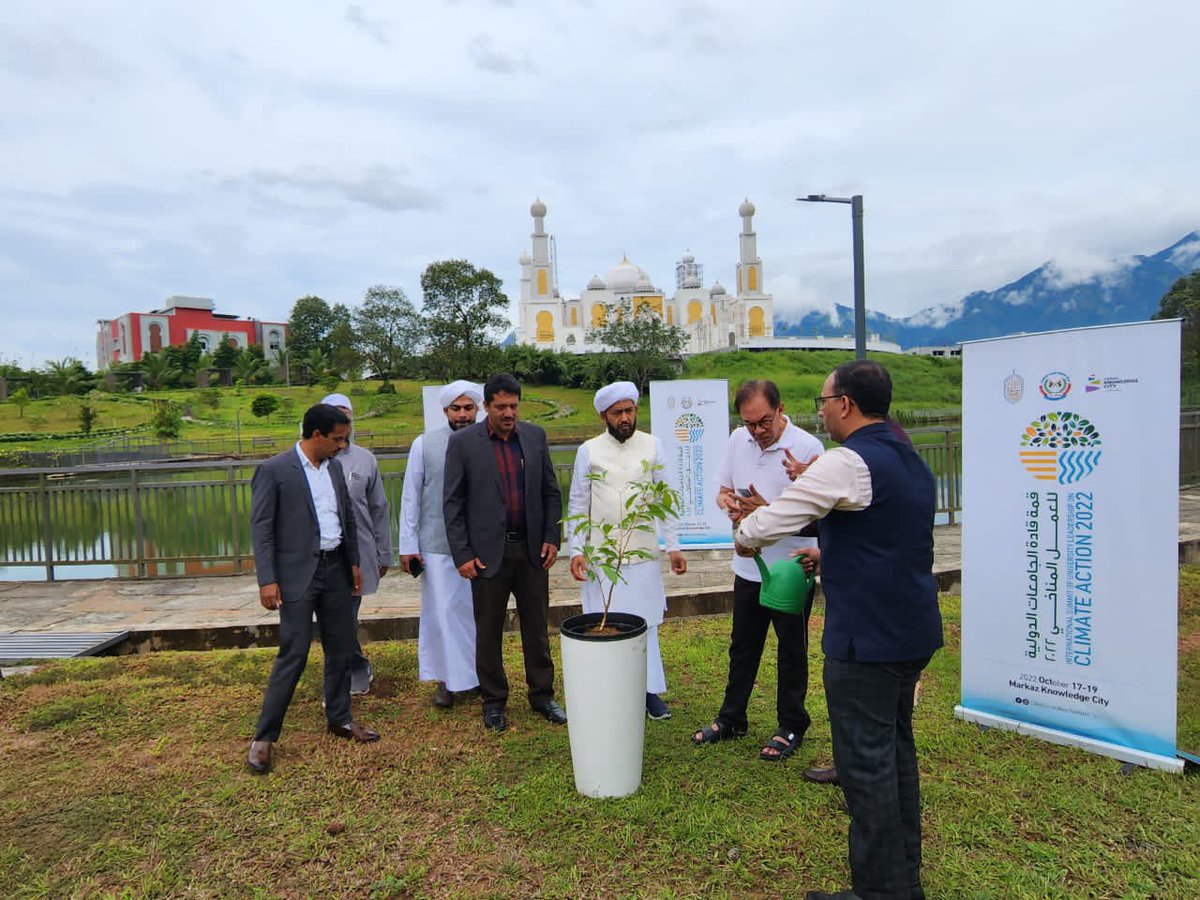 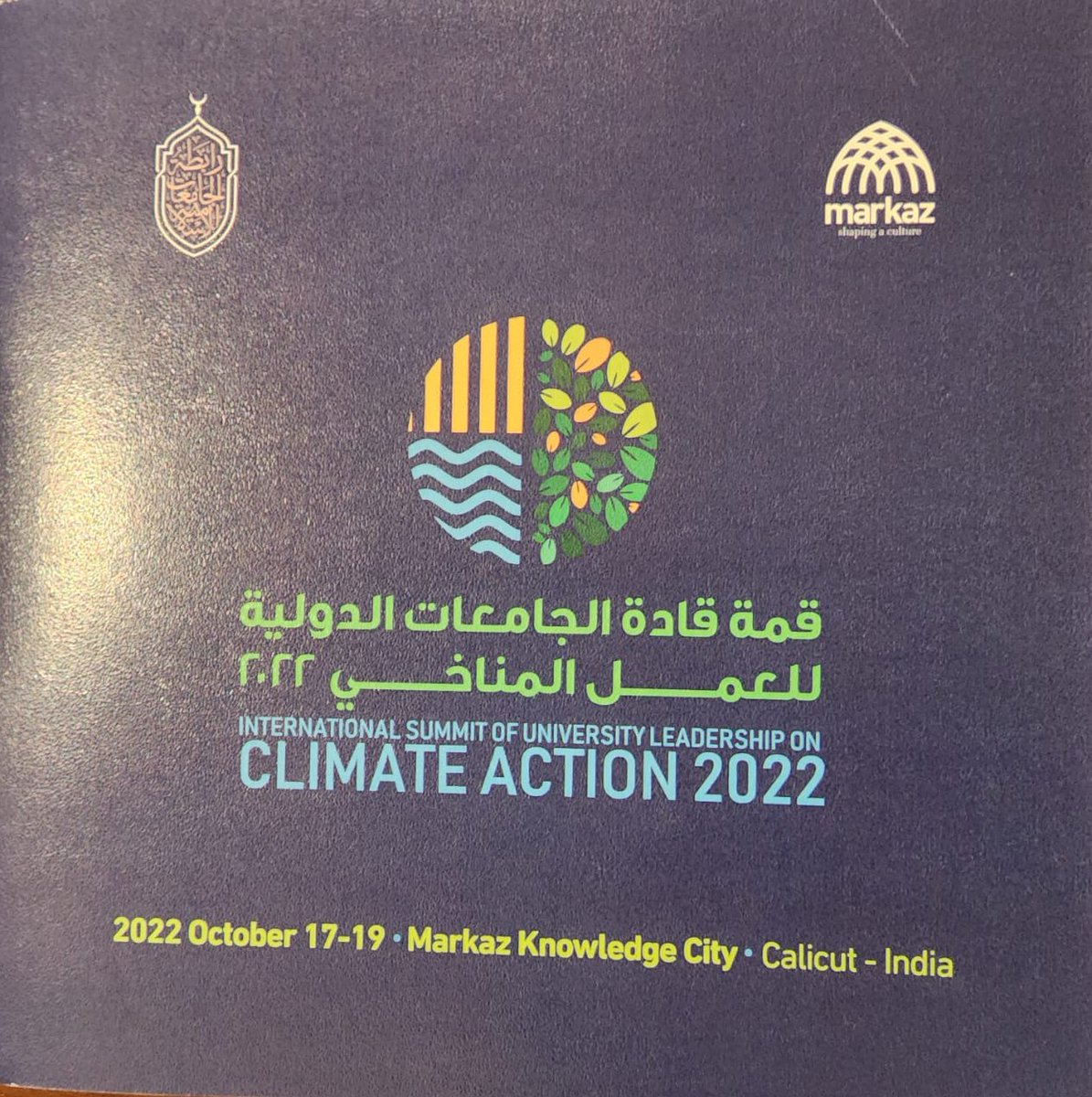 Palakkad, Kerala | We are not going to accept an India where a university degree is not worth the paper it is written on because it could not get you a job: Congress leader Rahul Gandhi 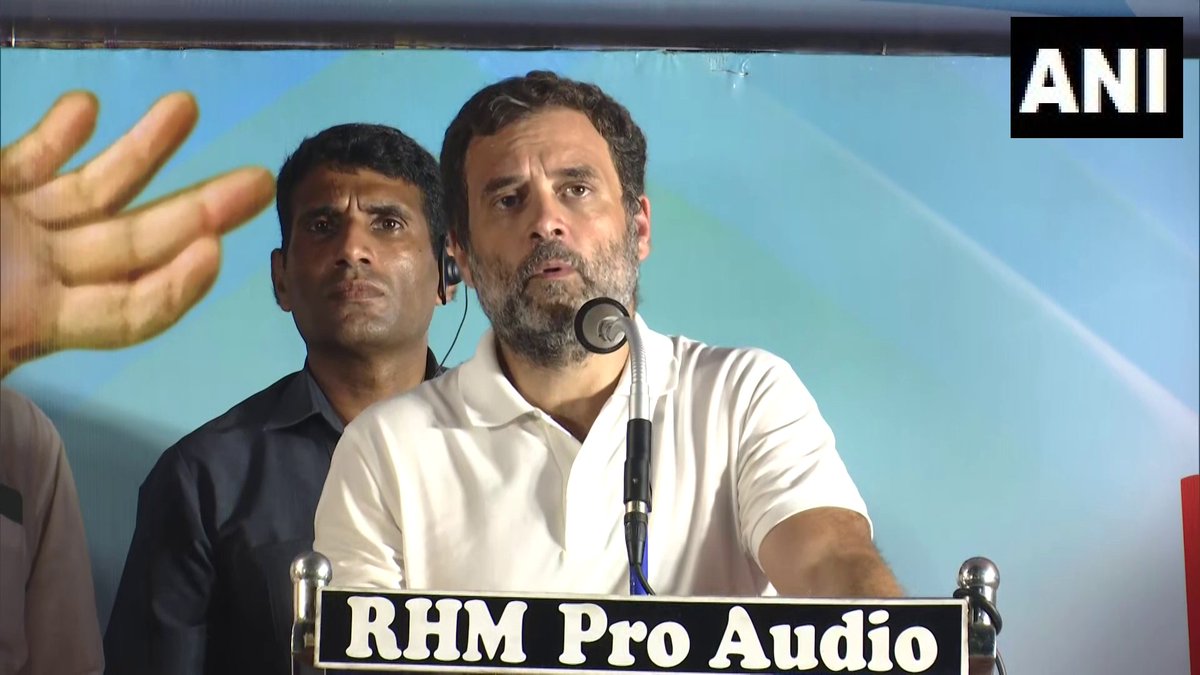